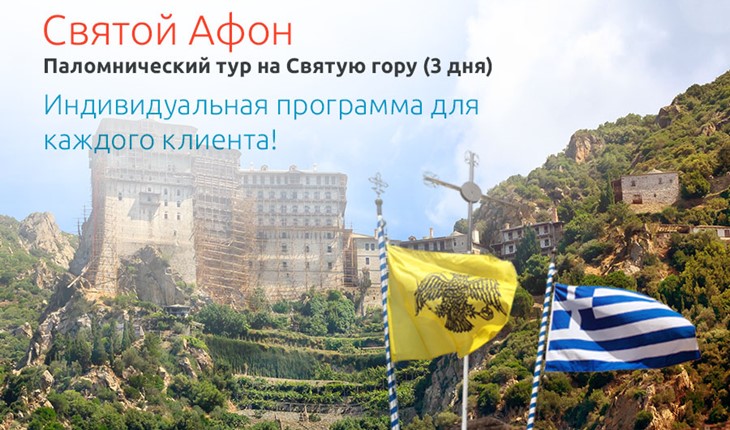 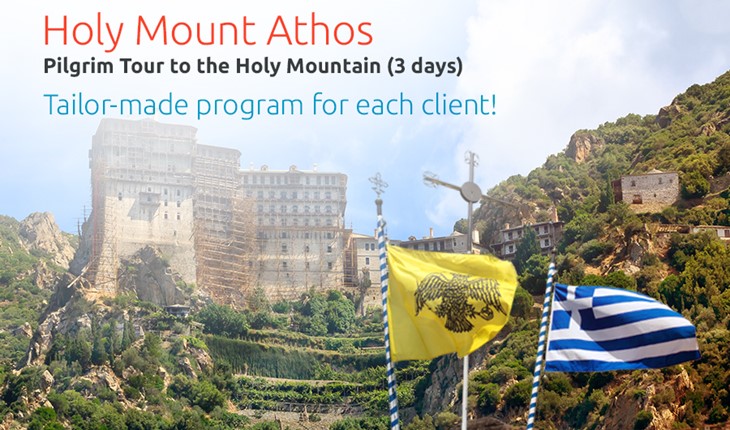 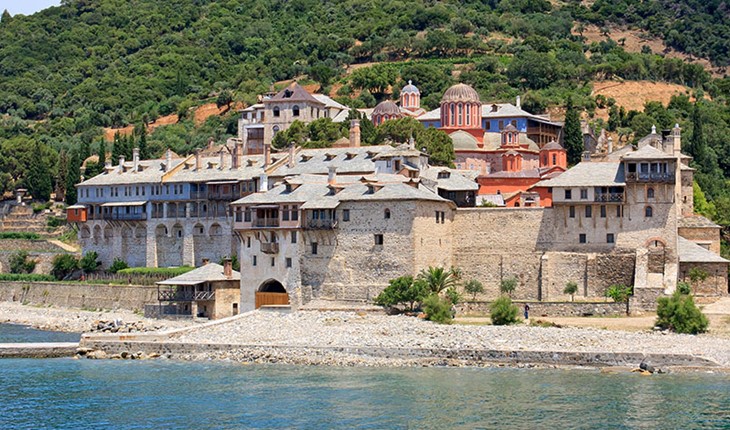 1st day. Getting to mount athos, tour around monasteries, accommodation in the holy monastery

Getting to the port of Ouranoupolis. Arranging for “Diamonitirion”. Lenten breakfast. Boarding and departure for Mount Athos. Tour around Holy Mountain monasteries. Accommodation in the guest house by the Holy Monastery. Accommodation. Obedience. Vespers. Meal. Respite.

Setting off to the port of Ouranoupolist in the early morning. Arranging for a special visa (Diamonitirion) necessary for being admitted on the territory of the “monks’ republic”. After having a lenten breakfast you will get to Mount Athos by ship. Our guide will show you around the monasteries of the Mount. Then you will be accommodated in archondariki (guest house) of the monastery. Your day will end by attending a vespers and sharing evening meal with the monks. After that, you can respite.

Mount Athos is one of the highest points of Halkidiki Peninsular. For Orthodox Christians this is a place chosen by Mother of God herself. Beginning from the 19th century AD Byzantine granted this part of Halkidiki dominated by the high mountain a unique status of a monastic state where any mundane activity is banned. There 20 functioning monasteries and 2700 monks on Mount Athos today. It is more than thousands years since fairer sex has been banned from here and only men are allowed to visit the Holy Mountain. Women can only observe it at the distance of 500 m from the coastline.

The Holy Monastery of Saint Panteleimon

Its modern architecture differs greatly from the traditional Athonite monasteries. The monastery’s last renovation was held in the 19th century when there was no need in constructing fortifications against the pirates’ attacks.

Ouranoupolis (Gr. “City of the Heaven”) is located not far from Mount Athos. This city is popular mostly among pilgrims, who every year set off from Ouranoupolis port for the Holy Mountain. This place is not rich in entertainment spots, so strong is here the influence of the holy religious objects. It is a spiritual destination. However, one can always find here a tavern with traditional Greek food.

The Tower of Andronikos

The tower was built in 1344 by the Monastery of Vatopedion in order to protect the city from attacks on the land as well as from the sea. The tower is in good condition and it became the symbol of Ouranoupolis. Nowadays it hosts museum with different archeological finds.

The Holy Monastery of Dochiarios

The monastery was founded in 966 by the monk Euthymios and consists of 10 buildings including the highest one on Athos dedicated to Archangels Michael and Gabriel. The monastery owns one of the most venerated wonderworking icons on the Holy Mountain the holy icon of Theotokos (Mother of God) “Gorgoypecoos” (Gr. “quick to hear”). It was painted in the 10th century. It is said, that in the 17th century cellarer of the monastery went blind due to his negligence. But after repentance he was miraculously cured. From then onwards, this icon is called “Gorgoypecoos”, since it gives immediate help those who suffer.

Vatopedion, one of the oldest monasteries on Athos, was built in 972-985 by three monks Athanasius, Antonius and Nicholas. There is a katholikon of the 10th century, 16 smaller churches and a library that has thousands of manuscripts, scrolls and different printed material. Among the cloister’s treasures are 7 wonderworking icons with a miraculous icon of Panagia Pantanassa (Most-Holy Queen of All) famous for its healing powers against cancer and icon of Mother of God of “Comfort and Consolation” favoured by Dimitry of Rostov. The main holy relics of Vatopedion monastery are Cincture of the Theotokos, the skull of St. John Chrysostom, fragment of the Life-Giving Cross, relics of saints.

The Holy Monastery of Iviron

This Holy Monastery was founded in 980-983 by John the Iberian. It is famous for keeping more relics than any other cloister on Athos. Besides, it has a library with numerous manuscripts, scrolls in different languages. The monastery’s main holy relic is a miraculous icon of Panagia Portaitissa or the Iviron Theotokos (Mother of God). There is also a miraculous spring of Mother of God of Iviron.

The Skete of St. Apostle Andrew was founded on Mount Athos in 1841 by the Russian monk Bessarion. The largest cathedral church of Mount Athos was erected here which stores the fragrant part of the frontal bone of Apostle Andrew.

Matins and communion in the monastery. Meal. Obedience. Vespers. Meal. Worship of the holy relics. Respite.

During your stay on the Holy Mountain, you will live according to the local rules and canons. Your day starts in the early morning with the matins and your communion in the monastery. After that, monastics will share their meal with you. Then you will get instructions about the works (obedience) you should do while staying there from the archondaris. In the evening you will attend vespers followed by meals and worship of the relics (of John the Baptist, Luke the Evangelist, Seraphim of Sarov, Siluan the Athonite, St. Cosmas and Damian and others).

The Holy Monastery of Iviron

This Holy Monastery was founded in 980-983 by John the Iberian. It is famous for keeping more relics than any other cloister on Athos. Besides, it has a library with numerous manuscripts, scrolls in different languages. The monastery’s main holy relic is a miraculous icon of Panagia Portaitissa or the Iviron Theotokos (Mother of God). There is also a miraculous spring of Mother of God of Iviron.

The Holy Monastery of Filotheos

The Holy Monastery of Filotheos was founded in 982 by the disciple of St. Athanasios of Athos Filotheos. However the monastic life there started in the 8th century. The monastery’s main treasures are two wonderworking icons of the Mother God “of Tenderness” and Glykophilousa “Sweet Kissing”. It is worth mentioning that the last icon is of two sides. On the one side Theotokos is kissing the Child, while the other side depicts the Crucifixion. Besides, there are also gift from the Greek, Serbian and Byzantine royal families are stored in the monastery: the fragments of the Cross, the right hand of John Chrysostom and the relics of Panteleimon the Healer. The monastery has a rich library of 250 manuscripts and 25 000 printed books.

The Holy Monastery of Karakalos

This monastery was founded in the 11th century by the monk Karakal. Its Peter’s tower of the 16th century is known to be the highest building on Athos. Among the monastery treasure there is the wonderworking icon of St. Peter and Paul, their names also has the cathedral of the monastery, the True Cross and the skull of Bartholomew the Apostle.

The Holy Monastery of Koutloumousion

For the first time the monastery was mentioned in the 12the century when the Byzantine emperor Alexios I Komnenos had performed the major constructions on the territory. It was demolished and restored like other Athonite monasteries several times. One of its most devastating destruction was caused by the Turks in the 19th century during the Greek Revolution. The monastery’s treasures: wonderworking icon of the Blessed Virgin, the True Cross. Kamegra harbor that belongs to the Koutloumousion monastery is one of the best on Athos. It welcomes boats with pilgrims.

The Monastery of Megisti Lavra

Ranking 1st in the local hierarchy, the Megisti Lavra wasfounded in 963 by St. Athanasius the Athonite. It was he, who changed the monastic way of living into coenobitic that dominates today life within the monastic state as well as outside it. Throughout its long history the monastery was favoured by Greek and foreign rulers who gave it new lands of property and new relics. Though the major part of the treasures was lost during the Turkish rule, there are still enough to admire: cross and rod of St. Athanasius, wonderworking icons “Economissa” and “Koukouzelissa”, the True Cross in precious setting, saints’ relics. One of the Lavra’s main treasure is the sepulchre of Venerable Athanasius, whose feast day is especially revered in Lavra.

Matins. Checking-out of the Holy Monastery. Return to the port of Ouranoupolis. Meeting Beleon Tours representatives. Transfer to the hotel.

You will attend a matins, which finishes your stay on Mount Athos. After checking-out of the monastery, you will return to Ouranoupolis port by a boat. Beleon Tours representatives will meet you at the port and get you to your hotel. You can continue your holidays in Greece. 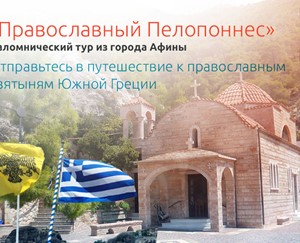 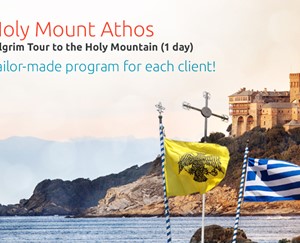 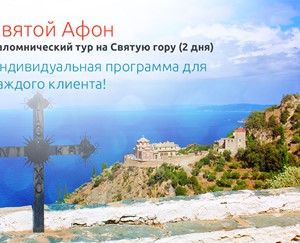 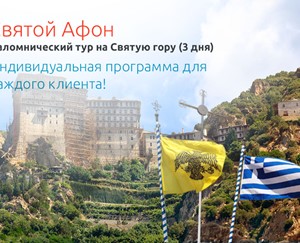 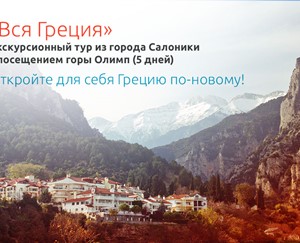 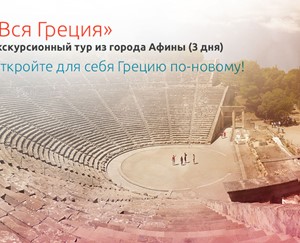